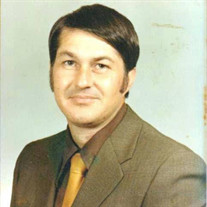 Funeral services will be held for Ronald “Ronnie” Lee Adkins Senior beginning with viewing and visitation on Friday, May 14th, from 5:00 to 7:00 PM at Prattville Memorial Chapel at 841 Fairview Avenue, Prattville, Alabama, 36067. The funeral service will be held on Saturday, May 15th, at 1:00 PM at The Church of Jesus Christ of Latter-Day Saints at 1405 Chapel Road, Wetumpka, Alabama, 36092. Burial will follow at Memory Garden Cemetery at 841 Fairview Avenue, Prattville, Alabama, 36067. Ronald “Ronnie” Lee Adkins Senior was born in a log cabin in Little Lynn, Wayne County, West Virginia on January 17, 1939. He was the firstborn child and only son of James C. Adkins and Minnie Essive Stephens. He had two younger sisters, Arlene F. Adkins (Brumfield) and Linda J. Adkins (Napier). He married Margie Nell Henley on July 4, 1962. They met while he was on active duty with the Air Force serving at Maxwell Air Force Base. They have six children: Veronica Lea Adkins†, Linda Paige Adkins (Black), Ronnie Lee Adkins Junior, Noah William Adkins, Margie Kathryn Adkins and Sarah Elizabeth Adkins. After his military service, Ronnie joined the Montgomery Fire Department on 11/16/1963. Ronnie served the city of Montgomery for 36 years - first as a fireman, achieving the rank of District Chief, and then as director of the Telecommunications Department. Ronnie retired from the city on 7/21/1999. He then worked for Delta Com where he achieved an award for most sales, giving him and Margie a once-in-a-lifetime trip to Hawaii. After fully retiring, Ronnie delved deep into family history research. He published two family history books, the first being ADKINS: Land of York to Beech Fork and the second Descendants of John Robert Ross and Hannah Scott. After moving to Lake Jordan with his wife, Ronnie spent many hours beautifying the property and taking his family on boat rides up and down the lake. Aside from his family, Ronnie’s greatest source of joy was the viewing of Alabama football. He became an avid Crimson Tide fan upon moving to Alabama and enjoyed it for the rest of his life. Ronnie was a member of the Church of Jesus Christ of Latter-Day Saints. He will be missed by all who called him husband, father, brother, grandfather, and friend.

Funeral services will be held for Ronald &#8220;Ronnie&#8221; Lee Adkins Senior beginning with viewing and visitation on Friday, May 14th, from 5:00 to 7:00 PM at Prattville Memorial Chapel at 841 Fairview Avenue, Prattville, Alabama, 36067.... View Obituary & Service Information

The family of Ronald "Ronnie" Lee Adkins Sr. created this Life Tributes page to make it easy to share your memories.

Funeral services will be held for Ronald “Ronnie” Lee Adkins...

Send flowers to the Adkins family.