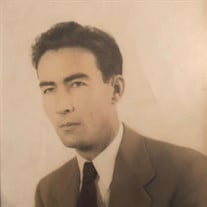 Obituary James Edwin Loftis Judge James Edwin Loftis died peacefully at home in Philadelphia, Mississippi on March 31, 2020. The “Judge” was born in Tuscaloosa Alabama on September 18, 1921, to William Andrew and Rosa Lee (Logan) Loftis and grew up in nearby Mount Olive Alabama. He attended Tuscaloosa County High School. During his teen years he served in the Civilian Conservation Corps at Moundville Alabama, helping to protect and preserve the Indian mounds discovered there. After high school, he joined the Navy and served in the South Pacific during World War II. He was the communications officer on ships that were sent to set up radio stations in the Solomon Islands, the Philippines and New Guinea. After the war he came home and finished college at the University of Alabama with a degree in Business and Commerce. During his time at the University of Alabama, he met Bettye Jeanne Chambers, a beautiful redhead who was a registered nurse. They dated and married about a year later on December 23, 1947. After college he went to law school at the University of Alabama, and just as he finished law school, was called back to serve another two years of convoy duty in the Navy during the Korean Conflict. He was stationed on ships that traveled through the North Atlantic to Greenland and back. In 1953 he came home to establish a law practice in Montgomery Alabama, practicing both civil and criminal law. He then moved to Prattville to practice and, shortly thereafter, became the District Court Judge for Autauga County. He served as judge until 1983. He judged with compassion always with a heart for those who were hurting or in need. In addition to his judicial duties, he also worked in neighboring counties as a claims examiner for State Farm. On his days off and after retirement, the “Judge” could be found at Prattville Country Club playing golf or traveling across the United States and Canada in his RV with Jeanne and Rhett, his loyal Boston Terrier. He loved his trips to Maine, New York and Alaska as well as Prince Edward Island and Quebec. And he especially enjoyed visiting his kids who are scattered throughout the Southeast. And no matter where he was, he always liked a good meal and a good cigar. Judge Loftis spent his final years living with his daughter, Tina and her husband, Joe in Philadelphia Mississippi. He is preceded in death by his wife, Bettye Jeanne, and his daughter Sybil. He is also preceded in death by all his siblings, William Loftis, Tommie Sue Hysaw, and Walter “Buster” Loftis. He is survived by his children Alvin (Dianne )Loftis, Tina (Joe) Bassett , Julie (Rudy) Wilson, Betsy (Tod) Stupski, Scott (Stephanie) Loftis and his grandchildren Joey (Donna) Loftis , Lee (Pattie) Loftis, Julie (Robert) Pugh, Jim Bassett, Mindy Bassett, Lauren (Adam) Price , Joe (Sara)Wilson, Jill (Wayne) Durrett, David Stupski, Will Stupski, Jack Loftis and Sam Loftis. He is also survived by a number of great grandchildren as well as his sweet little schnauzer Kodi. After a life of learning through victories and difficulties, Judge Loftis came to embrace the Gospel and often quoted Proverbs 3:5-6 “Trust in the Lord with all your heart and lean not on your own understanding; in all your ways submit to Him and He will make your paths straight.” A small graveside service was held in Prattville, AL on Friday April 3, 2020 with Pastor Bryant Hansen officiating. Plans are under way for a memorial service later in the year. The family requests that in lieu of flowers, gifts be sent to First Presbyterian Church in Prattville Alabama.

The family of James Edwin Loftis created this Life Tributes page to make it easy to share your memories.

Send flowers to the Loftis family.