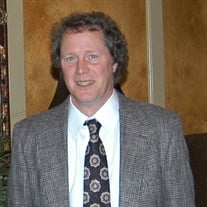 Hugh Gray Brothers was born Nov. 1, 1954, to Anne Warnock Brothers and Dr. Thomas Jefferson Brothers of Anniston, Alabama. He was a 1973 graduate of Anniston High School. After high school, he attended the University of Alabama at Birmingham for a few years, followed by a trade school. Then, he went on to become a Master Electrician. Hugh is survived by his sister, Sara Eloise Knight and his two brothers Thomas Jefferson Brothers and William Warnock Brothers, his stepmother Joan Landham Brothers, stepbrother Jack Landham, and stepsisters Charlotte Dobbs, Mary Jean Myers and Sabre Whitt. He was preceded in death by his parents, and sister, Mary Anne Sparks. Hugh practiced as an electrician and estimator at several companies in Birmingham for most of his career, and for the past six years enjoyed his work as an independent contractor in Birmingham and Tennessee. Hugh was very athletic. In high school, he was on the wrestling team. After high school, he earned a 2nd degree Black Belt in Tae Kwon Do. Also, he became a golfer, an excellent water skier and owned a boat that he used with friends and family on Logan Martin Lake. Hugh loved music. At 12 years old, he taught himself to play the guitar and sing. He continued into adulthood and later added the keyboard to his skillsets. He was involved in multiple bands over his lifetime and for the past seven years has played with his close friend, Matt Marshall. His favorite artists included James Taylor and Jackson Browne. As an adult, Hugh lived in different areas of Birmingham and later purchased a home in Irondale. Hugh passed away peacefully, surrounded by friends and family, in Coosada, Alabama at the home of his dear and loving friend, Kay Burnside. Also, in his final days, Hugh received incredibly loving care from two hospice nurses from AseraCare. There will be a celebration of Hugh’s life following resolution of the current pandemic. The family requests no flowers and, if inclined, in lieu of flowers, a donation made in Hugh’s name to the American Cancer Society (https://www.cancer.org/)

Hugh Gray Brothers was born Nov. 1, 1954, to Anne Warnock Brothers and Dr. Thomas Jefferson Brothers of Anniston, Alabama. He was a 1973 graduate of Anniston High School. After high school, he attended the University of Alabama at Birmingham... View Obituary & Service Information

The family of Hugh Gray Brothers created this Life Tributes page to make it easy to share your memories.

Send flowers to the Brothers family.