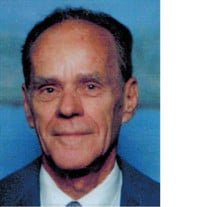 Donald Charles King, 85, a resident of Prattville, AL went home to be with the Lord on Monday June 8th, 2020. Donald was born in Madison, WI in 1935. He grew up on a dairy farm and graduated from Wonewoc High School. After graduation he worked in Rockford, IL, operating a boring mill on heavy machinery for one year before volunteering for enlistment with the Air Force. He completed basic training at Lackland A.F.B., CA, and transferred to Kessler A.F.B., Biloxi, MS, where he trained as an airborne radio repairman. He completed three tours at the former Ernest Harman A.F.B. in Labrador, before transferring to Lake Charles Air Force Station in Louisiana where he repaired airborne radios for the TC97, and the B47 aircraft. Within 38 months, Donald advanced to the rank of Staff Sergeant over the Radio & Radar Shop. Donald served in the Air Force for four years, then, instead of reenlisting, he used the G.I. Bill to earn a BS in Electrical Engineering in 1967 from Louisiana State University, where he met his wife, Connie. They spent 25 years in New Orleans, and raised 3 children while Donald worked on power-generator systems for petro-chem plants and off-shore drilling companies in the Gulf of Mexico. They eventually moved to Mobile, AL, where Donald worked as a consultant and took professional electrical engineering assignments in Nigeria, Mexico, El Salvador, Bahamas and Canada. Donald was a lifelong member of various lapidary clubs, notably the Mobile Rock and Gem Society. He loved fishing, bowling, traveling as a “rock hound” looking for semi-precious stones, introducing others to the lapidary arts and spending time with his family, especially his grandchildren. Donald was preceded in death by his loving wife of 56 years, Mrs. Connie Catherine (Bergeron) King, his parents, Charles Polkinghorn and Lavona Kelly (Peck), and his sister, Beverly Jane “Bev” Polkinghorn. Donald is survived by his two sons, Michael A. (Debbie) King and Wayne E. (Linda) King; one daughter, Catherine (Jon) Archer; his sister Roberta Bartlett of Escanaba, Mich.; his five grandchildren, Evan King, Braeden King, Cassidy King, Cameron King, and Lillian Archer; and numerous extended family members and friends. In lieu of flowers, mass may be offered in Donald’s memory and donations may be made to the American Lung Association. Memorial services will be held on Friday, June 12, 2020 at 1:00 p.m. at Wolfe Bayview Funeral Home, Daphne, AL with Father Matthew O'Connor officiating. Visitation will be held one hour prior to the service. His burial will be at the Alabama State Veterans Memorial Cemetery in Spanish Fort, Alabama.

Donald Charles King, 85, a resident of Prattville, AL went home to be with the Lord on Monday June 8th, 2020. Donald was born in Madison, WI in 1935. He grew up on a dairy farm and graduated from Wonewoc High School. After graduation he worked... View Obituary & Service Information

The family of Donald Charles King created this Life Tributes page to make it easy to share your memories.

Send flowers to the King family.