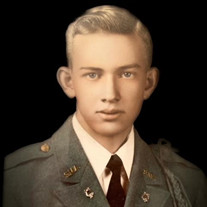 Charles Rhoten Jenkins passed away peacefully on January 18, 2021. He was born in Elberton, Georgia to Dr. John S. Jenkins and Gertrude Willson Jenkins on May 3, 1939. He grew up in Elberton and attended high school at the Staunton Military Academy in Staunton, Virginia, graduating in 1957. Upon his graduation from Staunton, he attended the University of Georgia where he obtained a B.S. in Chemistry in 1961. He was member of the Alpha Tau Omega Fraternity at UGA. While at Emory University, he met the love of his life on a blind date, Leanda Stubbs (Jenkins). Charles and Leanda were married March 21st, 1964 and were married for 56 years until Leanda’s death in September of 2020. He served in the Army Reserves from 1963-1969. He began his career as an Analytical Chemist at Law and Company in Atlanta. Charles later transferred to Law and Company in Montgomery, Alabama. After many years working at Law and Company, he decided to open his own analytical chemistry lab in Montgomery. Charles opened Deep South Laboratories in Montgomery which was a very successful business for many years. In 1983 he sold his lab business and bought his Dad’s family farm in Elberton, Georgia. Farming was his true passion and he worked for many years running a successful farm and adding acreage to the original farm. After selling the farm in 2004, Charles and Leanda moved to Scottsboro, Alabama where he bought and refurbished another farm. Upon his retirement in the mid 2000’s, they decided to retire to Prattville, Alabama. He is survived by his son David Jenkins of Atlanta, Georgia, his daughter Katharine Tullos of Metairie, Louisiana, and his brother Raymond Jenkins of Isle of Palms, South Carolina. He was a true southern gentleman and was very well liked by all who encountered him. He loved the south and especially UGA and SEC football. He loved his Honduran Arturo Fuente cigars, and could always be seen walking miles through his neighborhood each day. He was a loving father and beloved husband and will be severely missed by all. In lieu of flowers, donations can be made to the Salvation Army in Charles’ name.

Charles Rhoten Jenkins passed away peacefully on January 18, 2021. He was born in Elberton, Georgia to Dr. John S. Jenkins and Gertrude Willson Jenkins on May 3, 1939. He grew up in Elberton and attended high school at the Staunton Military... View Obituary & Service Information

The family of Charles Rhoten Jenkins created this Life Tributes page to make it easy to share your memories.

Send flowers to the Jenkins family.